Numerous studies demonstrate links between chronic stress and indices of poor health, including risk factors for cardiovascular disease and poorer immune function. Nevertheless, the exact mechanisms of how stress gets ‘‘under the skin’’ remain elusive. We investigated the hypothesis that stress impacts health by modulating the rate of cellular aging. Here we provide evidence that psychological stress—both perceived stress and chronicity of stress—is signiﬁcantly associated with higher oxidative stress, lower telomerase activity, and shorter telomere length, which are known determinants of cell senescence and longevity, in peripheral blood mononuclear cells from healthy premenopausal women. Women with the highest levels of perceived stress have telomeres shorter on average by the equivalent of at least one decade of additional aging compared to low stress women. These ﬁndings have implications for understanding how, at the cellular level, stress may promote earlier onset of age-related diseases.

Telomeres rather than telomerase are involved in cellular senescence. Yet, telomerase is intimately related to photo-aging in which lifetime cumulative sun exposure is an important factor. However, genetic damage in XP is the decisive factor and not merely ultraviolet exposure.

Skin Aging: A Role for Telomerase and Telomere Dynamics?

Skin is a complex tissue composed of two very different compartments – the continuously renewing epidermis made up mostly by keratinocytes and the underlying matrix-rich dermis with the resting fibroblasts as its major cellular components. Both compartments are tightly interconnected and a paracrine mutual interaction is essential for epidermal growth, differentiation, and tissue homeostasis. Skin aging is commonly viewed as wrinkle formation, hair greying, and impaired wound healing. Nevertheless, the epidermis as the outermost shield needs to remain intact in order to guarantee an inside-out and outside-in barrier function throughout life time of a human being. Furthermore, the epidermis is one of the few regenerative tissues that express telomerase, the ribonucleoprotein complex that can counteract telomere erosion, one of the presently mostly favoured potential mechanisms causing cellular aging. This raises the question whether in the epidermis telomerase is able to counteract telomere erosion and thereby to prevents a telomere-dependent aging process and consequently which part of the skin is responsible for the most obvious changes associated with skin aging.

Dyskeratosis congenita is an inherited disease caused by mutations in genes coding for telomeric components. It was previously reported that expression of a dyskerin-derived peptide, GSE24.2, increases telomerase activity, regulates gene expression and decreases DNA damage and oxidative stress in dyskeratosis congenita patient cells. The biological activity of short peptides derived from GSE24.2 was tested and one of them, GSE4, that probed to be active, was further characterized in this article. Expression of this eleven amino acids long peptide increased telomerase activity and reduced DNA damage, oxidative stress and cell senescence in dyskerin-mutated cells. GSE4 expression also activated c-myc and TERT promoters and increase of c-myc, TERT and TERC expression. The level of biological activity of GSE4 was similar to that obtained by GSE24.2 expression. Incorporation of a dyskerin nuclear localization signal to GSE24.2 did not change its activity on promoter regulation and DNA damage protection. However, incorporation of a signal that increases the rate of nucleolar localization impaired GSE24.2 activity. Incorporation of the dyskerin nuclear localization signal to GSE4 did not alter its biological activity. Mutation of the Aspartic Acid residue that is conserved in the pseudouridine synthase domain present in GSE4 did not impair its activity, except for the repression of c-myc promoter activity and the decrease of c-myc, TERT and TERC gene expression in dyskerin-mutated cells. These results indicated that GSE4 could be of great therapeutic interest for treatment of dyskeratosis congenita patients.

The predominant X-linked form of Dyskeratosis congenita results from mutations in DKC1, which encodes dyskerin, a protein required for ribosomal RNA modification that is also a component of the telomerase complex. We have previously found that expression of an internal fragment of dyskerin (GSE24.2) rescues telomerase activity in X-linked dyskeratosis congenita (X-DC) patient cells. Here we have found that an increased basal and induced DNA damage response occurred in X-DC cells in comparison with normal cells. DNA damage that is also localized in telomeres results in increased heterochromatin formation and senescence. Expression of a cDNA coding for GSE24.2 rescues both global and telomeric DNA damage. Furthermore, transfection of bacterial purified or a chemically synthesized GSE24.2 peptide is able to rescue basal DNA damage in X-DC cells. We have also observed an increase in oxidative stress in X-DC cells and expression of GSE24.2 was able to diminish it. Altogether our data indicated that supplying GSE24.2, either from a cDNA vector or as a peptide reduces the pathogenic effects of Dkc1 mutations and suggests a novel therapeutic approach.

Ataxia telangiectasia (AT) is a genetic disease caused by mutations in the ATM gene but the mechanisms underlying AT are not completely understood. Key functions of the ATM protein are to sense and regulate cellular redox status and to transduce DNA double-strand break signals to downstream effectors. ATM-deﬁcient cells show increased ROS accumulation, activation of p38 protein kinase, and increased levels of DNA damage. GSE24.2 peptide and a short derivative GSE4 peptide corresponding to an internal domain of Dyskerin have proved to induce telomerase activity, decrease oxidative stress, and protect from DNA damage in dyskeratosis congenita (DC) cells. We have found that expression of GSE24.2 and GSE4 in human AT ﬁbroblast is able to decrease DNA damage, detected by γ-H2A.X and 53BP1 foci. However, GSE24.2/GSE4 expression does not improve doublestrand break signaling and repair caused by the lack of ATM activity. In contrast, they cause a decrease in 8-oxoguanine and OGG1-derived lesions, particularly at telomeres and mitochondrial DNA, as well as in reactive oxygen species, in parallel with increased expression of SOD1. These cells also showed lower levels of IL6 and decreased p38 phosphorylation, decreased senescence and increased ability to divide for longer times. Additionally, these cells are more resistant to treatment with H 2 0 2 and the radiomimetic-drug bleomycin. Finally, we found shorter telomere length (TL) in AT cells, lower levels of TERT expression, and telomerase activity that were also partially reverted by GSE4. These observations suggest that GSE4 may be considered as a new therapy for the treatment of AT that counteracts the cellular effects of high ROS levels generated in AT cells and in addition increases telomerase activity contributing to increased cell proliferation.

Modulation of telomere binding proteins: a future area of research for skin protection and anti-aging target.

Telomere shortening is considered as one of the main characteristics of cellular aging by limiting cellular division. Besides the fundamental advances through the discoveries of telomere and telomerase, which were recognized by a Nobel Prize, telomere protection remains an essential area of research. Recently, it was evidenced that studying the cross-talks between the proteins associated with telomere should provide a better understanding of the mechanistic basis for telomere-associated aging phenotypes. In this review, we discuss the current knowledge on telomere shortening, telomerase activity, and the essential role of telomere binding proteins in telomere stabilization and telomere-end protection. This review highlights the capacity of telomere binding proteins to limit cellular senescence and to maintain skin tissue homeostasis, which is of key importance to reduce accelerated tissue aging. Future studies addressing telomere protection and limitation of DNA damage response in human skin should include investigations on telomere binding proteins. As little is known about the expression of telomere binding proteins in human skin and modulation of their expression with aging, it remains an interesting ﬁeld of skin research and a key area for future skin protection and anti-aging developments.

The essence of senescence.

Almost half a century after the first reports describing the limited replicative potential of primary cells in culture, there is now overwhelming evidence for the existence of ‘‘cellular senescence’’ in vivo. It is being recognized as a critical feature of mammalian cells to suppress tumorigenesis, acting alongside cell death programs. Here, we review the various features of cellular senescence and discuss their contribution to tumor suppression. Additionally, we highlight the power and limitations of the biomarkers currently used to identify senescent cells in vitro and in vivo. 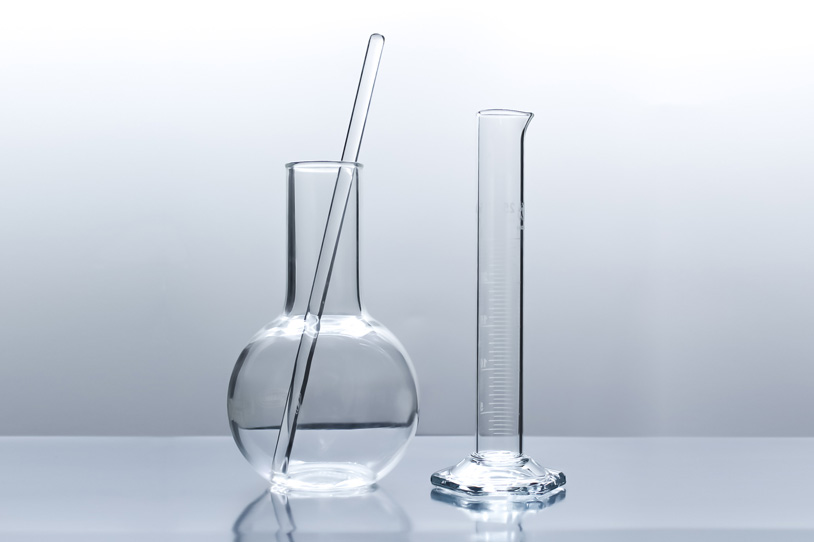 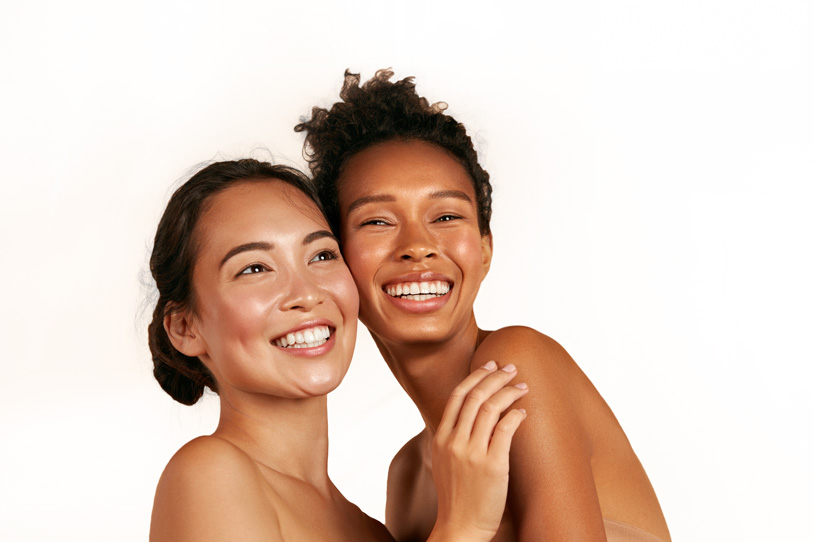